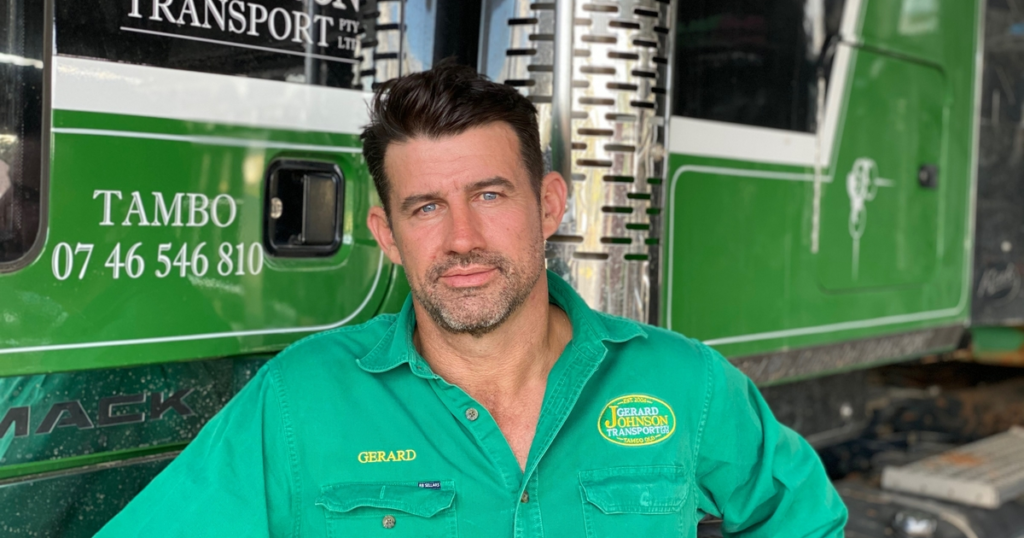 Tambo transport operator Gerard Johnson has been elected as President of the Livestock and Rural Transporters Association of Queensland at the organisation’s AGM last week in Rockhampton.

Mr Johnson is no stranger to the organisation as the son of inaugural Vice President Brendan Johnson, who along with other notable industry members formed the association in 1981.

Mr Johnson said he would be a strong voice for Queensland livestock and rural transporters in the current COVID-19 climate.

“More than ever the critical role that livestock transporters play in the food supply chain is being realised by the community and government,” Mr Johnson said.

“I plan on being a strong voice of reason at the table for sensible and consistent regulation of our industry”.

“Driver and animal welfare, safety, better infrastructure and the reduction of unnecessary red-tape is at the forefront of our advocacy efforts, and we’d encourage transporters who are interested in advancing our industry to join us and make their voice heard.”

Mr Johnson also announced the appointment of Laney O’Neil as the new Secretariat manager based in Roma. Laney comes to the LRTAQ from a senior communications role at Meat & Livestock Australia and has a background in campaign management and advocacy in both Canberra and Brisbane.

“We’re excited to have Laney join the association, her skills and experience will be put to good use in serving our membership and advancing our interests”.

Mr Johnson paid tribute to retiring President Ian Wild, who has steered the LRTAQ over the last four years.

“Ian has been a strong advocate for the viability, sustainability and efficiency of the livestock and rural transport industry and is widely respected for his efforts.” Mr Johnson said.

Leave a reply Click here to cancel the reply